Smaller, Faster and able to leap over tall buildings!

Yes, you are correct, I shoot with the Sony A7rii 42 mega pixel full frame mirrorless camera!  What you cry am I doing with the A6300 which is only 24 mega pixel and an APS-C sensor?  Well friends, the answer to that is simple, well perhaps not…   I envision the A6300 as a 720nm Infrared camera.

Pawleys Island Marsh, Sony A6300 with the Sony/Zeiss 24-70 f/4 and a polarizer. B&W conversion Look at the detail in the gate and grass.  This has a 3 dimensional effect!

But it has several very interesting and powerful functions that have engaged my curiosity.  Those are:

The 4 test images I took today were shot hand held at 1/250s and in RAW with Zone Focusing.  I also had the LIVE VEIW DISPLAY: Setting Effect: ON.  This enabled the camera to simulate the exposure effects during composition to give me an idea of what I am actually seeing.

The A6300 is a TINY camera system.  It is so light (even with a L Bracket installed) that I had to be very careful when carrying it around.  I worried over dropping it and not knowing! 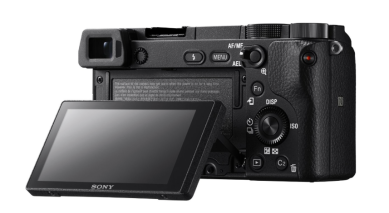 The camera does NOT have a built in Stabilizing system, rather it relies on the fact that most Sony lenses have that built in.   I has 3 custom WB memories for those of you who are considering the camera for Infrared and it also has 2 custom setup memories that I have found to be very helpful with my A7rii camera!

I found the camera very easy to use and control.  I setup all of the custom functions and buttons to make my life easier when shooting it.

As I said, this camera was meant to be converted by http://www.kolarivision.com into a 720nm infrared system and it may actually meet that end, but I really like the ability of the APS system to give me 900mm from a 600mm lens!

Here is the color version (with polarizer) of the image above.  The colors are nicely saturated and the overall image is sharp and offers enough detail and sharpness to draw the viewer into the image! 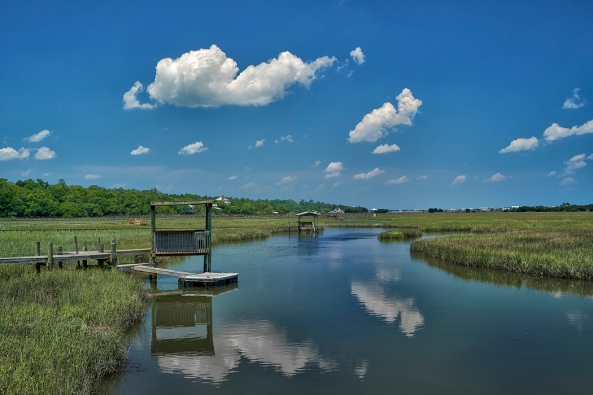 Here is another view of the salt marsh.  I have to say that the camera with the 24-70 Zeiss lens is easy to hold and control.  The camera control buttons are easy to reach and control without using them by accident.

Lastly, a B&W conversion of the same image.

I am really excited with the functionality of this little system.  I am pleased with the results and will use it for a few months as a color system for my long lens. Ultimately it will be converted to IR but for now I will play with it.

I will be experimenting with the system for a few months and see what it can offer me in terms of images and use.  Later this week it is going to the beach for some ultra long exposures to see if it has any body light leaks!

What do your think?