A Lesson On Life!

WIlly and the Pelican.. Southport, NC

I discovered Willy (his first name is Wet) at Fishy Fishy on the marsh front in Southport while Jamie Konarski Davidson and I were there last weekend and kindly asked the pelican flying overhead to land on Willy. He said that Willy was to small and his landing there would make Willy rock and ruin my shot so he landed on the larger boat then struck a pose for me. A really considerate bird that Pelican was! The scene was busy yet pleasing to me so I sat and talked to the Pelican (they are so chatty) for a bit while I shot the roll of film!
When I was done and started to leave the pelican squawked in his deep male pelican dialect “ what about compensation for pulling this scene together for you?” So i asked the fish monger behind me for a pelican sized payment and gave it to my birdie friend who promptly grabbed it and flew away without a word! I lowered my head in disappointment knowing that I should not have been hurt as all of the creatures live and die in the entitlement mentality! Oh well…

So… Here is Willy and the Pelican! 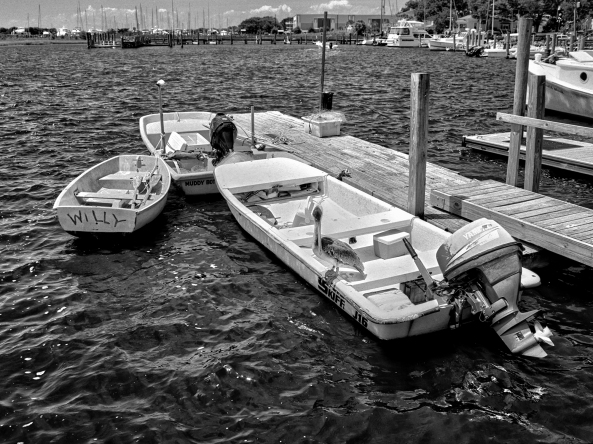 Willy and the Pelican

2 comments on “Willy and the Pelican”