Getting more BANG for your buck!

I have been having several issues recently with HDR post processing with my Leica M 240 files in both Nik and Photomatix where the output files are monochromatic with soft or mushy details rather than the colors that they should contain.  I decided to update the Photomatix from V4 to V5 today and to call NIK support to see if I could resolve the issues.

As you can see from the HDR image above that the update to Photomatix V5 fixed all of the issues with the Leica files.  For the life of me I cannot figure out what the issue was but it is now working properly.

Here are the 3 files that I fed into the HDR software to get these results.  I do like how the Photomatix software works, and it generates very nice photo realistic out put.  My chief complaint with it is that it runs separately from Photoshop and as such requires that you save the output files only to re-open them with in Photoshop again! Surly in this day and age of Photoshop filter plugins you would think that Photomatix could design a better product that would dove tail closer to Photoshop.

I think that the images are well balanced and I processed for a more realistic image rather than the grunge look you so often see in HDR work!

Now the REAL issue for me with HDR processing with the Leica comes from Nik’s HDR EFX Pro 2.  If I provide the plugin with 3 images 1/2 stop apart (after conversion from DNG to TIFF) it works fine and generates images that I enjoy very much!  BUT, should I provide more than 3 of the Leica files OR files greater than 1 stop apart the software looses ALL of the color data and generates a sick monochrome images that is soft and muddy.  I spend about an hour on the phone with Google support today and they had me un install all of the NIK software and re install an upgrade.  It worked and started turning out great HRD images but I discovered that additional bug of more than 3 Leica files and the same output happened. 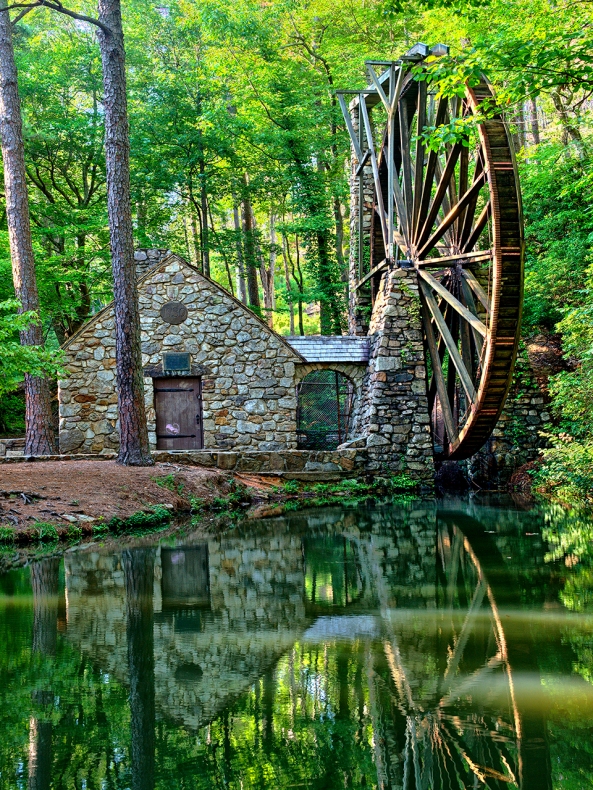 This last image is again of the Berry Mill but processed with a little more saturation and structure.

The strange this is that if I use ANY OTHER CAMERA this does not happen!  What gives?  So I see another long conversation in the future with Nik support to try and resolve what I am now thinking is a true bug.

I like ALL of the images posted here today both in Nik and Photomatix but I really like the functionality and control menus that Nik provides much better than that of Photomatix.  I will do some more in depth posts on the Nik work and issues in a week or so when I get the bug resolved.