All things Old are Beautiful again..

This morning at 9:30 at Georgetown, SC. I decided to get out my cameras and shoot some Shrimp Boat images before I had to open a Co-Op gallery that I am a partial owner of.  The Shrimp  Boats are a subject that are very dear to me and I visit them every chance that I have.

They are for the most part all falling into decay.  The market for local salt water shrimp is almost not enough to support the boats.  With the import of fresh water farm shrimp the local fisherman are being forced out of business and the result is the condition of the boat and companies… A very sad state of affairs. 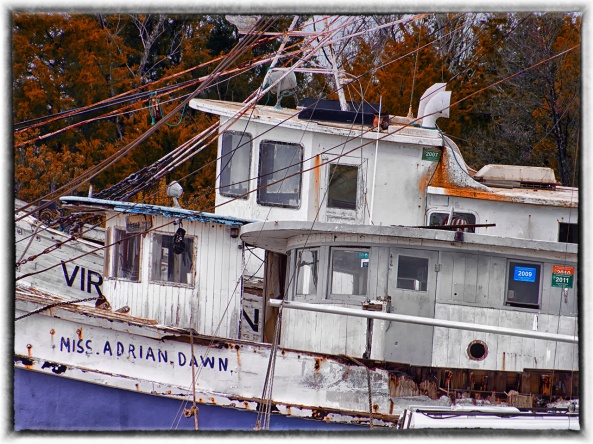 The Boat Graveyard and the 3 Wheel Houses…

The image above illustrates the wabi-sabi concept:  There is beauty in decay  It sounds very counter to the way we think as artists, but with a little thought I think that you will be able to agree with the concept.

The Japanese concept of Wabi-Sabi, as described in Brainpickings, “connotes a way of living that finds beauty in imperfection and accepts the natural cycle of growth and decay.”

Characteristics of the wabi-sabi aesthetic include asymmetry, asperity (roughness or irregularity), simplicity, economy, austerity, modesty, intimacy and appreciation of the ingenuous integrity of natural objects and processes.
From an engineering or design point of view, “wabi” may be interpreted as the imperfect quality of any object, due to inevitable limitations in design and construction/manufacture especially with respect to unpredictable or changing usage conditions; then “sabi” could be interpreted as the aspect of imperfect reliability, or limited mortality of any object, hence the etymological connection with the Japanese word sabi, to rust.[citation needed]The Japanese kanji characters:

are different, as are their applied meanings, yet the original word (pre-kanji, yamato-kotoba) is believed to be one and the same.
“Wabi-sabi is the most conspicuous and characteristic feature of traditional Japanese beauty and it occupies roughly the same position in the Japanese pantheon of aesthetic values as do the Greek ideals of beauty and perfection in the West.”  “if an object or expression can bring about, within us, a sense of serene melancholy and a spiritual longing, then that object could be said to be wabi-sabi.” “[Wabi-sabi] nurtures all that is authentic by acknowledging three simple realities: nothing lasts, nothing is finished, and nothing is perfect.”
The words wabi and sabi do not translate easily. Wabi originally referred to the loneliness of living in nature, remote from society; sabi meant “chill”, “lean” or “withered”. Around the 14th century these meanings began to change, taking on more positive connotations.[1] Wabi now connotes rustic simplicity, freshness or quietness, and can be applied to both natural and human-made objects, or understated elegance. It can also refer to quirks and anomalies arising from the process of construction, which add uniqueness and elegance to the object. Sabi is beauty or serenity that comes with age, when the life of the object and its impermanence are evidenced in its patina and wear, or in any visible repairs.

For me and what I consider to be “Fine Art Photography”, the concept of Wabi-Sabi fits like a glove in regards to the shrimp fleets.  I watch them over the span of time, capturing them again and again.  The one thing that stands out above all is the fact that they like everything else will fall into decay… both physically and financially, but faster.

The 3 Wheel Houses in B&W. Stepping back into an older time of photography, fitting don’t you think?

I am going to dedicate a photography project to this concept.  I would think that it will take me several years to finish or perhaps unto my death which in a strange twist of logic fits into the project/concept quite well.

So I hope that you enjoy these images and that you intellectually chew on the concept of Wabi-Sabi and to how it will fit into your own artistic visions….

Normally, detailed closeups would be better suited for wabi/sabi studies, but look at these following 2 images and notice how the rust and corrosion feed into the concept.  Do you see the detail in the flat areas of the boat and how it is rolling and pitted?  These imperfections take on an artistic perfection on their own! 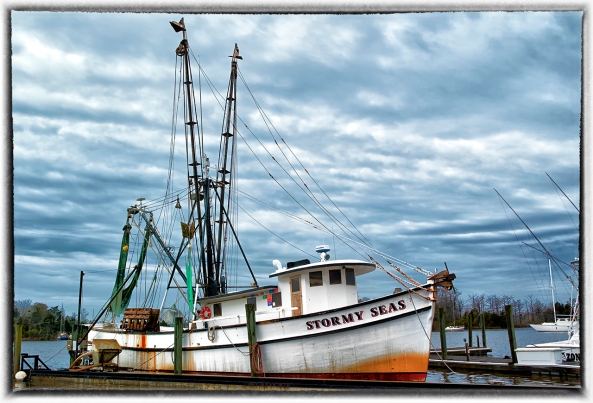 B&W, stepping back into an “older” time and place.

I hope that you enjoyed the image and the concept…

2 comments on “Wabi/Sabi: Exploring decay in man made objects”